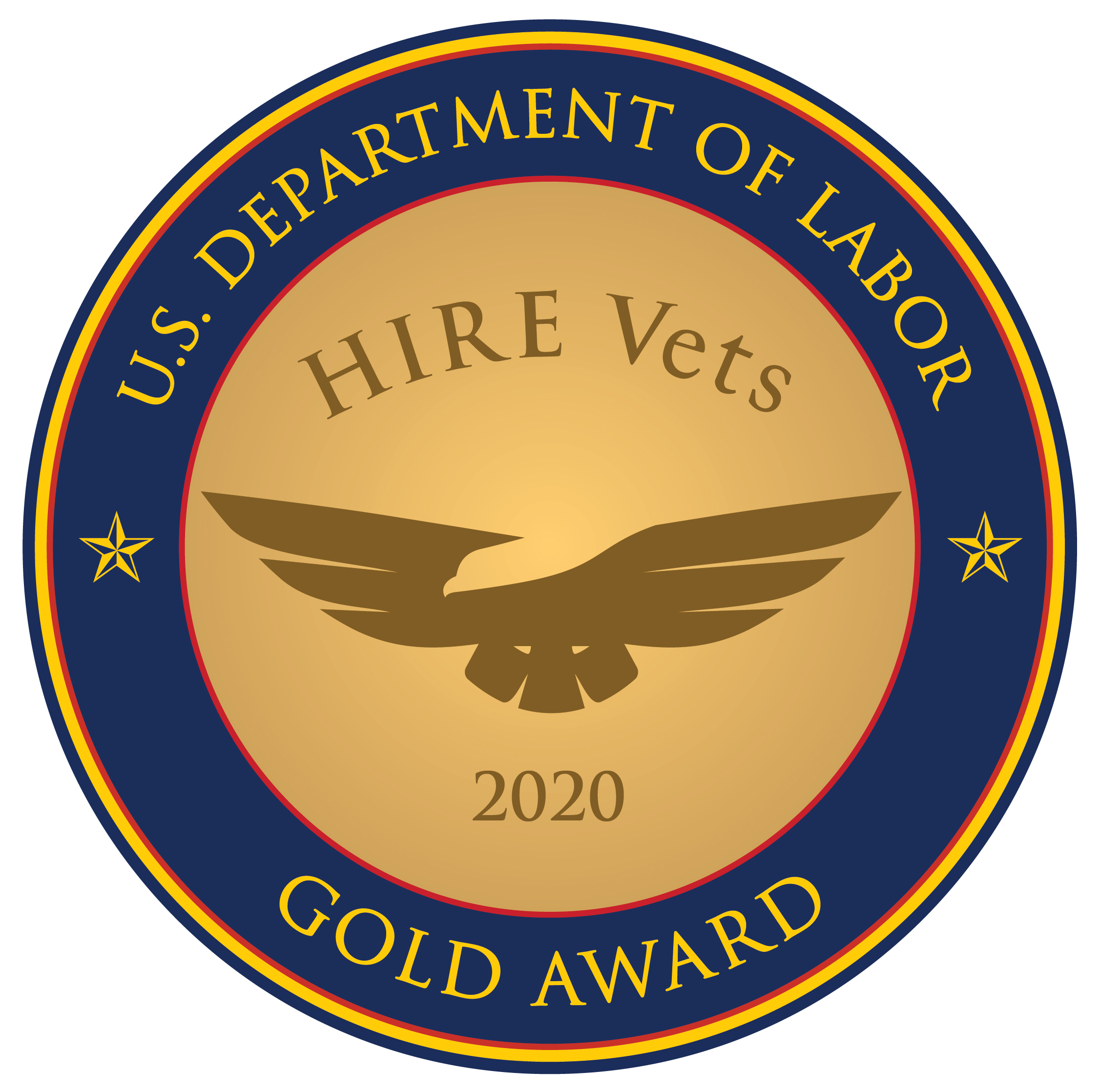 One Team in Support of our Nation’s Security

At JMark, we uphold professional excellence and never cease in pursuit of the ultimate goal – complete client satisfactions. Our environment, approach, rich work culture, and drive to exceed expectations have earned us a trusted reputation where we deliver on what we promise.  We uphold this trust and execute every business activity knowing we do what we do for the security of our nation.

Through our multi-disciplined approach, we strive to construct solutions to meet our clients changing needs in today’s dynamic international arena.  Demand for new professional expertise has increased around the globe. JMark’s drive to find people with a results-oriented focus and adaptive talents has increased to keep pace. Our employee-centric approach includes teaming and cross-functional sharing to foster collaboration and further advance our high-quality performance. Our small-business culture emphasizes open, honest communication with all our employees; JMark leaders communicate openly and often with employees so they know firsthand we are one team pulling together toward common goals. 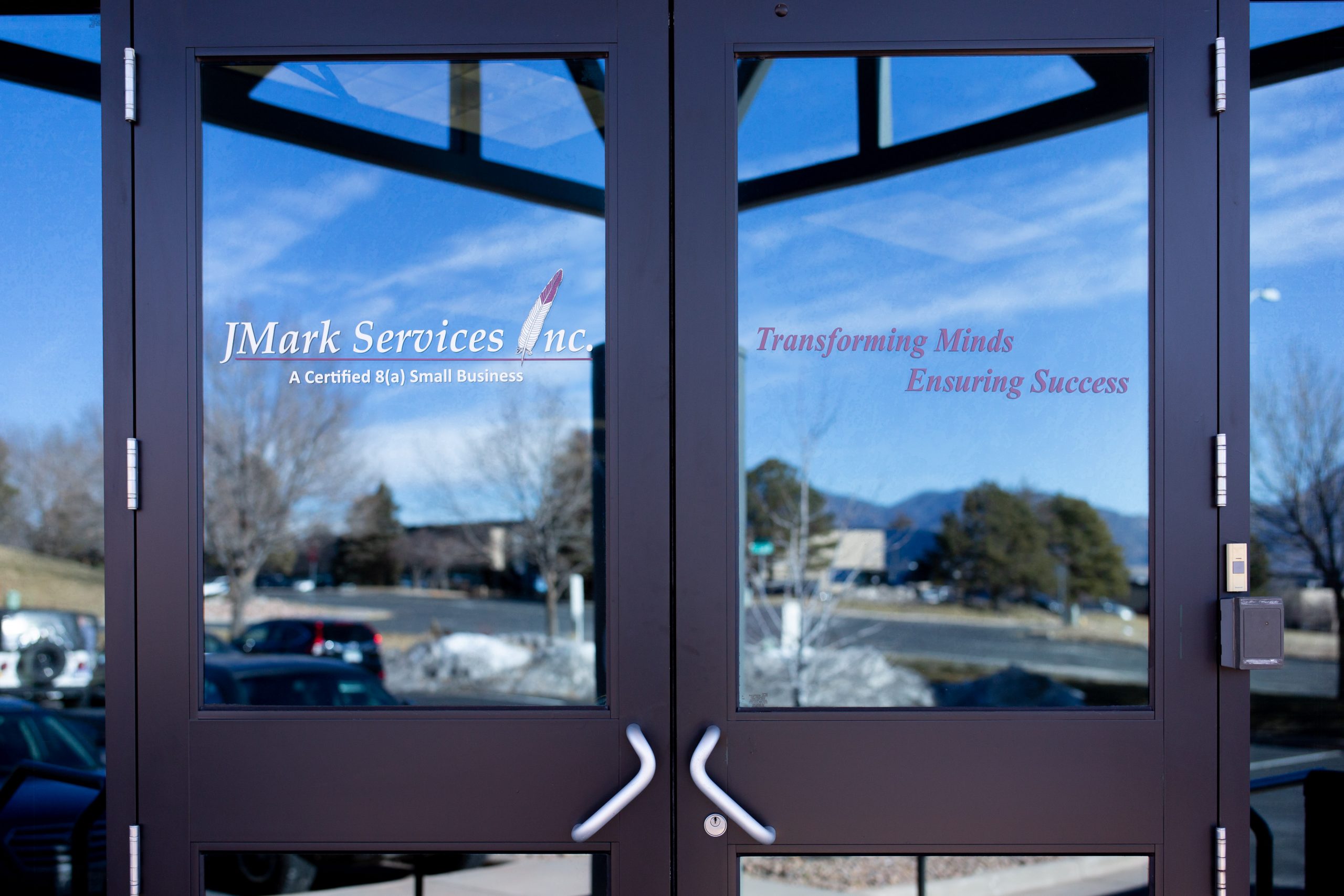 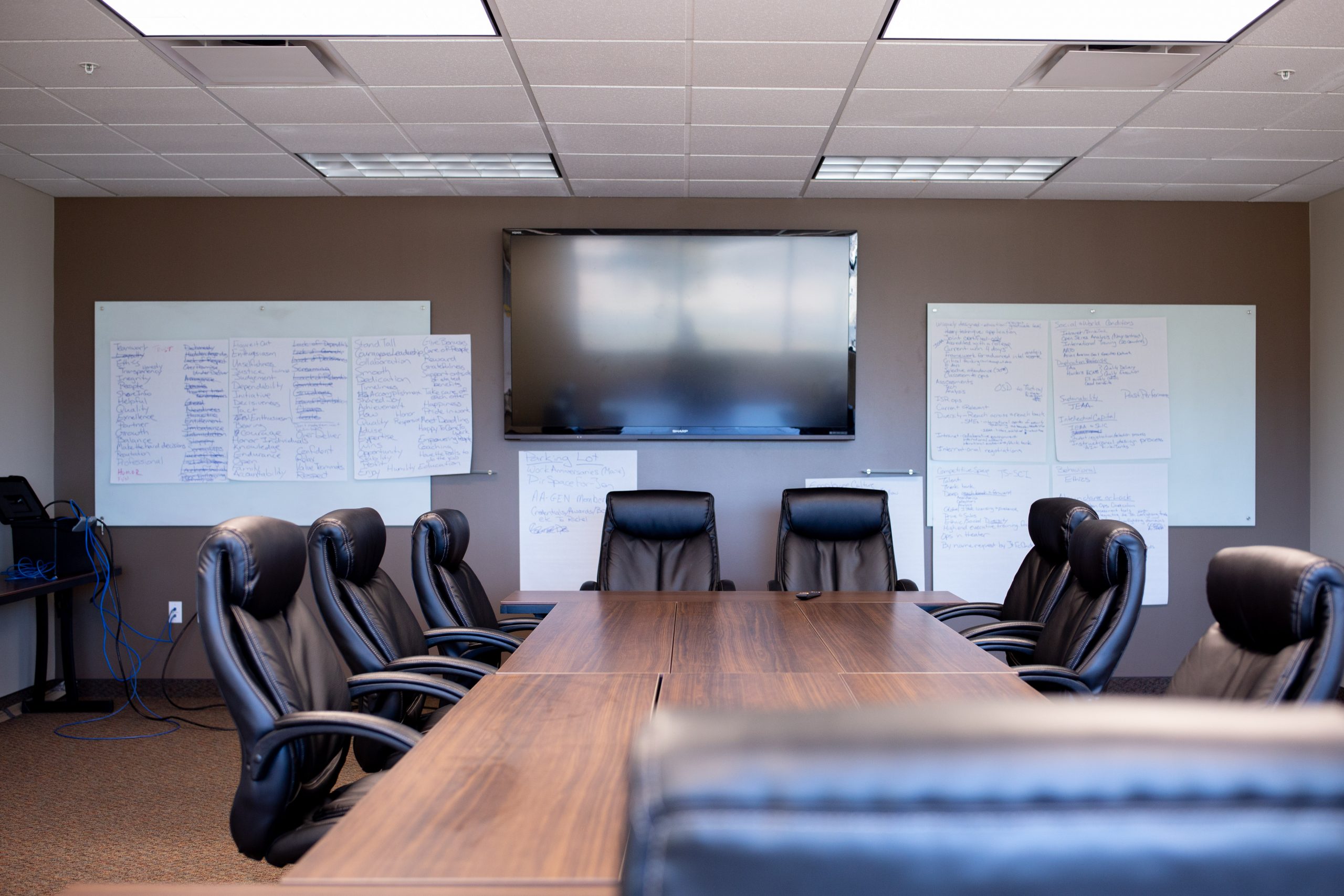 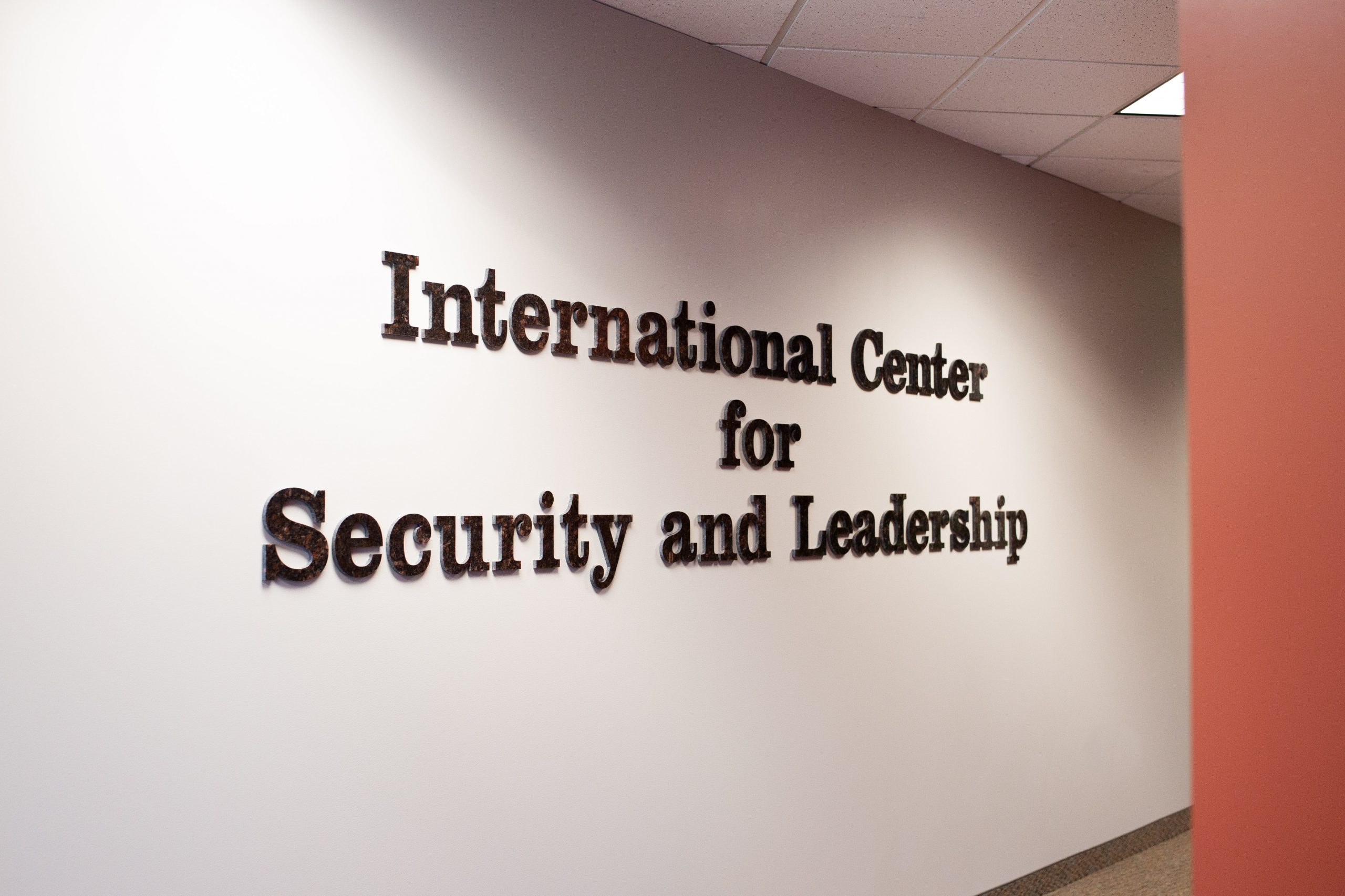 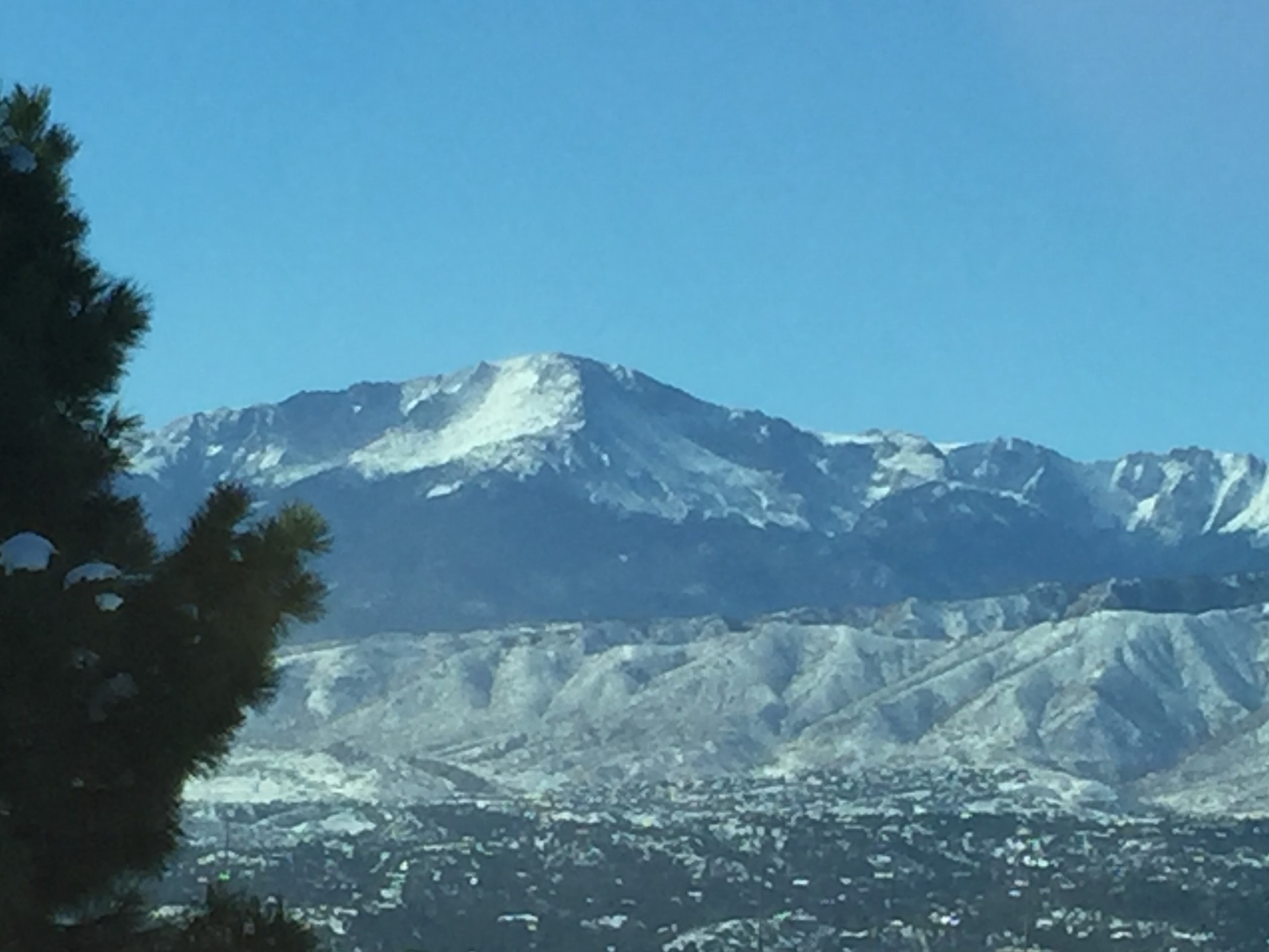 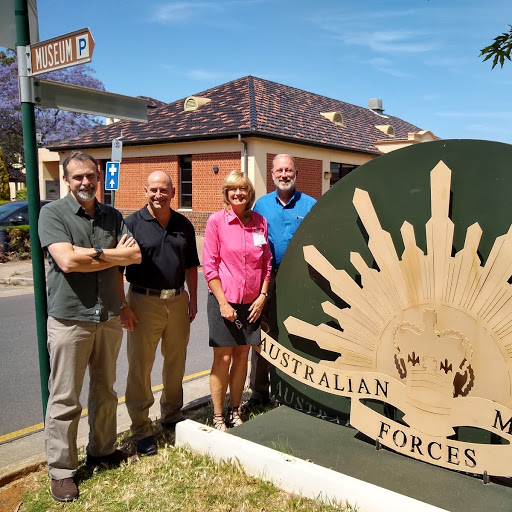 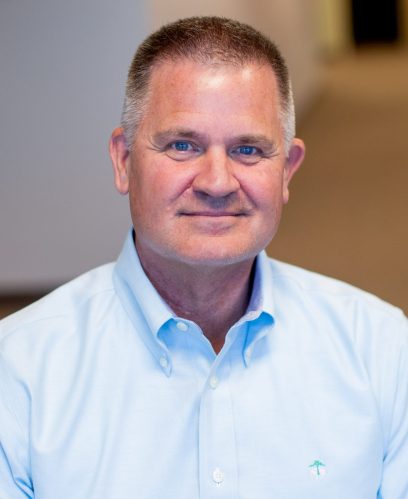 Mike Phillips is JMark's President and Chief Executive Officer, and a member of the Board of Directors. In that role, he implements JMark's strategic vision and goals, drives corporate growth and success, heads a dynamic leadership team, and ensures JMark's continued expansion in national and global markets. Since 2010, Mr. Phillips has spearheaded JMark's investment in innovation, advanced education and training technologies, and highly skilled talent, reshaping its portfolio toward mission-critical solutions. The company is now positioned in the defense, intelligence, civil, and global commercial markets as a leader in advanced learning techniques and applications and key technology differentiators that have driven significant revenue and earnings growth in recent years. Mr. Phillips has implemented major strategic initiatives, including the development and establishment of the International Center for Security and Leadership (ICSL) that JMark leads and integrates with other national think tanks such as the Council of Foreign Relations and the USAF Academy. At JMark's helm, Mr. Phillips steers the entire corporate team toward its redefined goal: Empowering people, Transforming Minds, and Ensuring Success.

Prior to working at JMark, Mr. Phillips served as the Executive Director, Air Force Analysis Mission Programs in the Senior Executive Service, where he led the professionalization and transformation of AF intelligence analysis. In a 28-year military career, he served as principal military advisor to the UN special representative in Kosovo; Commander of the 381st Intelligence Squadron; Director of Intelligence, 13th AF, PACAF; Commander of the AF Intelligence Analysis Agency, and Commander, Defense Intelligence Agency Special Collections Operations Group. He retired at the rank of colonel in September 2009. He holds Master’s degrees in national security and strategic studies from the Naval War College and in international relations from Troy State University; he was a National Defense Fellow at Georgetown University.
View more

As JMark’s Chief Operating Officer, Bob Reehoorn supports key management, resourcing, policy, and organizational activities across the corporate enterprise. He brings more than 35 years’ experience in the National, USAF, and Allied ISR and information operations communities. Bob offers a breadth of perspective to operations, collection activities, and intelligence exploitation, along with experience guiding advanced systems solutions from development through testing and deployment. He managed numerous operations and transition projects supporting manned and unmanned airborne missions, space ISR operations, conducting special technical intelligence collection activities and leading multi-sensor data fusion programs. During his years with industry Bob served in a range of leadership roles managing technology and services portfolios, while coordinating the actions of geographically dispersed staff. The diverse array of operations he was involved with range from counter-terrorism and security projects to UAV systems integration, leading-edge vehicle technologies, and advanced data analytics. Bob has given a great deal of time to youth sports, having coached various sports for many years. He is married and enjoys spending time with his wife on the slopes and trails. 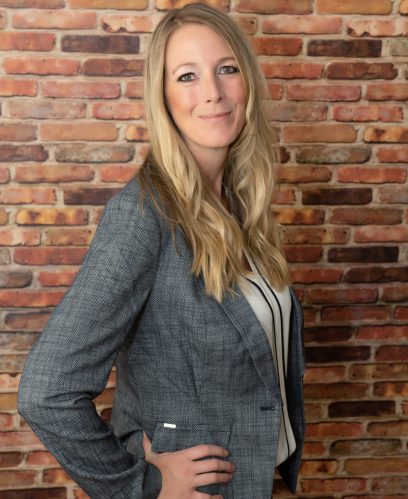 As JMark's Chief Financial Officer, Marie Kraft is responsible for the design, implementation, and supervision of all accounting systems, financial reporting, financial controls, budgeting, and treasury functions. She also ensures compliance with all JMark internal control procedures. Ms. Kraft was previously at Sanborn, a major geospatial mapping company, where she advanced from senior accountant to Vice President of Finance, overseeing payroll, accounting, contracts, and pricing. While living in Alaska, she worked for CIRI, an Alaska Native Corporation, in their Real Estate and Tax departments. Ms. Kraft gained experience in the oil and gas industry working for ConocoPhillips, where she assisted in the development and testing of their new accounting software. Ms. Kraft earned a B.B.A. in Finance from University of Alaska - Anchorage and earned her CPA license in 2001. 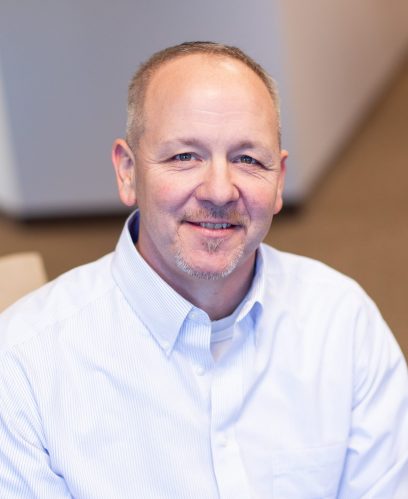 Pat Owens is JMark’s Chief Strategy Officer, where he leads all market research, client networking, opportunity identification, pursuit, and acquisition activities. During a 24-year career in the U.S. Marine Corps, he served as an Electronic Countermeasures Officer in the EA-6B Prowler with 2nd Marine Aircraft Wing and supported Operation Deliberate Guard and Joint Endeavor (Bosnia and Herzegovina), Operation Noble Anvil and Allied Force (Kosovo), and Operation Iraqi Freedom. As a Forward Air Controller, he served as the Air Officer for the 6th Marine Regiment in support of Operation Enduring Freedom (Afghanistan) where he planned, coordinated, and controlled aviation combat support missions. He was the Commander, Headquarters Battalion, Marine Corps Base Hawaii. In the private sector, he has provided highly effective business development support to large and small businesses. He holds a Master’s degree in National Security and Strategic Studies from the Naval War College. 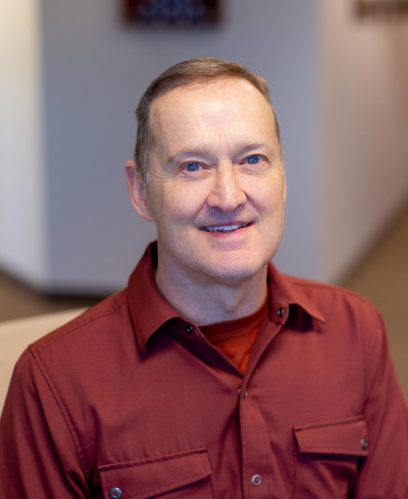 Dr. Tom Drohan is the Director of the International Center for Security and Leadership at JMark. His 38-year career in the U.S. Air Force blended education and operations. As an educator, he served as Permanent Professor of Military & Strategic Studies and Vice Commandant at the USAF Academy, Division Chief for Anti-terrorism & Force Protection and for Air & Missile Defense in South Korea, Faculty Advisor at the National Military Academy of Afghanistan, Visiting Scholar at The Johns Hopkins School for Advanced International Studies, and Council on Foreign Relations Fellow in Japan. As a pilot, his duties included HC-130 combat rescue aircraft commander at Kadena AB (Japan), C-130 airlift squadron director of operations at Pope AFB (North Carolina), provisional airlift squadron commander at Ramstein AB (Germany) and Prince Sultan AB (Saudi Arabia), and T-41 instructor pilot (USAF Academy). A USAF Academy graduate, he holds a master’s degree in political science from the University of Hawaii, and a master’s degree and doctorate in politics from Princeton University. Following his military retirement in the rank of brigadier general, Dr. Drohan was Dean of the National Defense College in the United Arab Emirates.

Ms. Jawhari’s breadth of experience as an Air Force veteran includes missions supporting POTUS Operations tracking High Value Individuals, working Special Operations initiatives on tribal engagements in Iraq, critical Joint Search and Rescue activities, and working as an analystat the Air Operation Center in Al-Udeid. Ms. Jawhari’s background also involves an extensivevariety of Education and Training roles as an instructor, course developer, course manager andprogram manager. In her multifaceted role at JMark, Rocky leads development and delivery of intelligence training to our country’s partner-nations. Her expertise enabled JMark to translate our partners needs into executable and exportable training in support of over 20 allied nations. As the Director of International Training, she guided the construct of tailored training programs for priority missions such as Collateral Damage Mitigation and Targeting and Weaponeering, along with unique ISR mission operations training designed to meet each partner’s needs. Rocky’s success and reputation within the international community enabled her to drive JMark into the commercial expansion of international intelligence and remote sensing collection training. Rocky is first generation Lebanese-American and credits her family’s traditional upbringing and strong work ethic for her success within the international community. In addition to being conversant in Arabic, Ms. Jawhari is ISD certified, CDE qualified, PMP trained and holds an MS in International Relations.

In his role as JMark’s Vice President, Western Region, Jim Lacey is responsible for establishing the commercial business portfolio and supporting the strategic and tactical ecosystem for the company. Jim has a proven career as a results-driven business professional proficient in technology products and services with a detailed understanding of corporate strategy, market trends, customer acquisition, and global channel development. Prior to joining JMark, Jim served in key leadership roles in the information technology sector to include Director of Operations, CompUSA; General Manager, Linuxcare; President and CEO, Linux Professional Institute; President, BlacKnight Cyber Security; and Mountain Region/Chief Revenue Officer at root9B Cyber Security.

Jim graduated the United States Military Academy, West Point, N.Y., with a Bachelor’s degree in Civil Engineering. As an airborne, air assault and ranger qualified infantry officer, Jim served in both the 24th ID and the 101st Airborne Division. During his time in the First Gulf War he participated in the establishment of FOB Cobra and FOB Viper deep in Iraqi territory with the 1/502d Infantry, 101st Airborne Division. 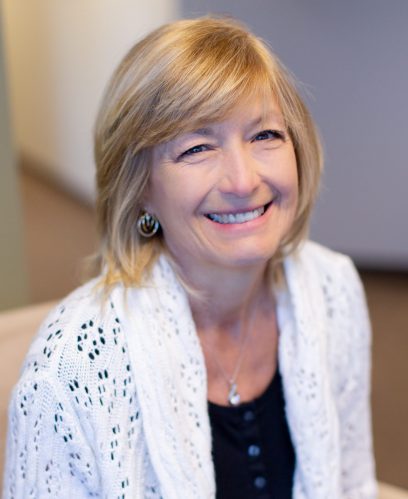 Ms. Nelson directs and administers all course activities, coordinates curriculum development, provides critical support to instructors, oversees course material production, directs site preparation, and handles all course execution logistics. In her years of leading more than 30 courses around the globe, she is the one person who consistently interacts extensively with our students prior to, during, and many times long after course completion. Judy possesses a wide range of professional business operations savvy coupled with her extensive educational and training experience. She served as an admissions specialist for a prominent on-line university; as a paralegal in the fields of civil litigation, real estate and trust/probate; she was also an operations manager in a business retail enterprise. Judy holds a master’s degree in Business Administration from Everest University.

Lt Gen (Ret) Ervin Rokke is the senior advisor for JMark’s education, training, research, and intelligence-related programs. His 35-year military career in the U.S. Air Force was distinguished by intelligence, operational, diplomatic, and academic senior leadership positions. He served as Air Attaché at the American Embassy in London; as Defense Attaché in the former Soviet Union; as Director of Intelligence for the U.S. European Command in Stuttgart, Germany; and as the Air Force’s Assistant Chief of Staff for Intelligence. He was Dean of Faculty at the U.S. Air Force Academy and President of the National Defense University, Washington, DC. After his retirement, Dr. Rokke served as the President of Moravian College in Bethlehem, PA. He now serves as a senior military fellow at the Center for Character and Leadership Development, U.S. Air Force Academy. A graduate of the U. S. Air Force Academy, he holds a master’s degree and doctorate in international relations from Harvard University.